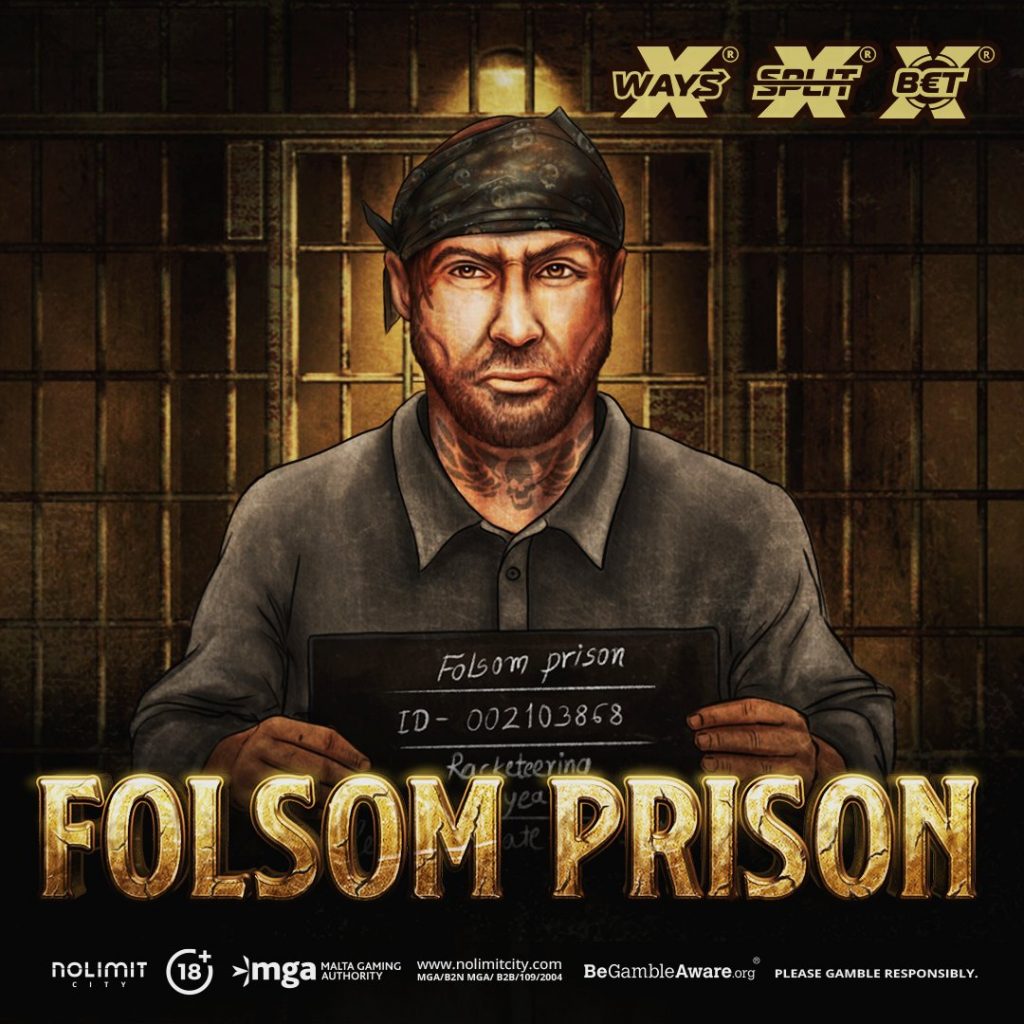 As if creating a slot based on one of the most foreboding correctional facilities in the world wasn’t enough, Nolimit City is back for round two. This one is based on Folsom State Prison, the second oldest prison in California (after San Quentin), established in 1880, and the first in the USA to have electricity. What helped put Folsom Prison on the map were two concerts performed there by Johnny Cash and a song he wrote called ‘Folsom Prison Blues.’

Cash’s influence can be felt throughout Folsom Prison the slot. Where its predecessor sibling San Quentin xWays had a rap, hip hop, metal fusion going on, Folsom Prison is a bluesy rock, leaning towards punk in free spins, number through and through. It’s a lot grimmer looking than San Quentin was, too – in a number of ways. Visually, Nolimit has given the game a sepia wash creating a bleak, end of the line feel. There’s a touch of Mental‘s influence regarding colour palette, though Folsom Prison isn’t as unsettling as that game was. The atmosphere is still pretty heavy, and Folsom Prison might not be the Wild West officially, but it has a similar ‘anything goes’ attitude which Nolimit City excels at creating. 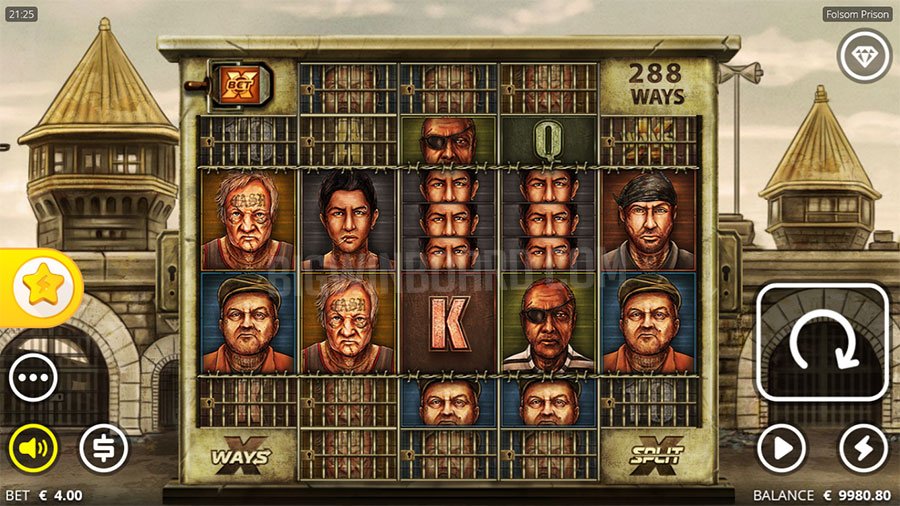 The abundance of bars everywhere is another eye-catching aspect. One reason is that at the start of base game spins, only 2 positions on reels 1-4 are active, providing 16 ways to win. The remaining positions need to be unlocked to free whatever symbols happen to lie beneath. Whenever a wild, scatter, xSplit, or xWays symbol lands, it opens up the closest positions above and below it on the specific reel. At most, the grid can be expanded to 4-6-6-6-4 in size, where 46,664 ways are active.

The next step is picking a stake of 20 p/c to £/€100 per spin and deciding whether to flick the xBet switch on. Called the Toast Bet, turning it on costs 20% extra and guarantees a scatter symbol lands on the second reel. Mathematically, the game comes with two RTP settings – 96.07% or 94.01%. In both, the volatility has been classed as… ‘Insane’, which isn’t really much of a surprise when dealing with NLC. Hits, meanwhile, come at a frequency of 22.62% when matching symbols land in adjacent rows from the leftmost side, and the max win theoretically occurs once in every 6.5 million game rounds.

Symbols are next, and there are ten regular pay symbols used in Folsom Prison. Five are lower value 10-A card royals worth 0.3-0.9x the bet for a five of a kind hit; five are character high pays. ‘CASH’ is the most valuable at 2.5x the bet for five of a kind; the other four range in value from 1-1.4x the bet for five. Two types of wilds may land – normal wilds and Cockroach Nest wilds. Both wilds substitute for any paying symbols. 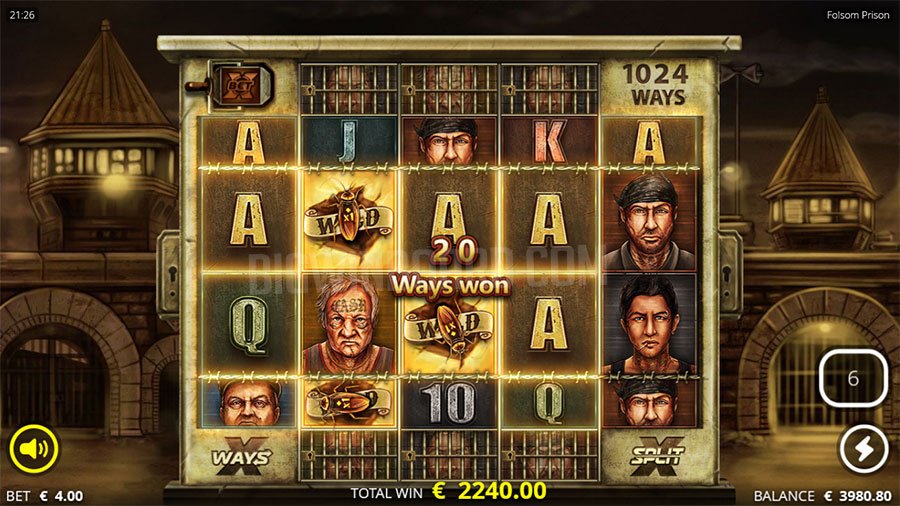 xWays can land anywhere and transform into 2-4 instances of the same matching symbol, increasing ways to win.

xSplits appear on the middle two rows on reels 2-5. They split the entire row they land on, thereby doubling the number of ways for paying symbols. xSplits then transform into 2 wilds. Split scatters award an extra free spin when triggering a bonus round, and Cockroach Nests increase their multiplier by one when they are split.

Cockroaches have a starting position that turns into a wild. Then, they walk over the reels adding their multiplier to any symbol they go over. If they walk over locked positions, they open up, becoming active. Cockroaches can go anywhere, but their nest always spawns in the active positions on the middle three reels or from transformed scatters. In the bonus rounds, Cockroach Nests may land and become active if a cockroach walks on them. When this happens, the Cockroach’s multiplier increases for the rest of the round up to three times. Multiplier values are 1, 2, 3, and 10. If a nest holds 2 eggs, it upgrades a Cockroach and also clones one more Cockroach for the rest of the free spins.

Landing 3 scatter symbols triggers 8 Walk the Line free spins. Each spin in this bonus starts with reels active in a 2-4-4-4-2 formation, and at least 1 Cockroach is guaranteed. Landing a scatter during the feature awards additional free spins and upgrades the round to The Chair.

Landing 4 scatters in the base game awards 8 The Chair free spins. In this round, the grid starts out active in a 4-4-4-4-4 formation, and at least 3 Cockroaches are guaranteed.

Hit the yellow star icon if it is there to open the Nolimit Bonus section. Here you can buy Walk the Line for 68x the bet (RTP 96.36%), or The Chair for 1,500x the bet (RTP 96.31%). There are also three lucky draw options, displaying prices from 82-784x the bet depending on the odds of getting each bonus. 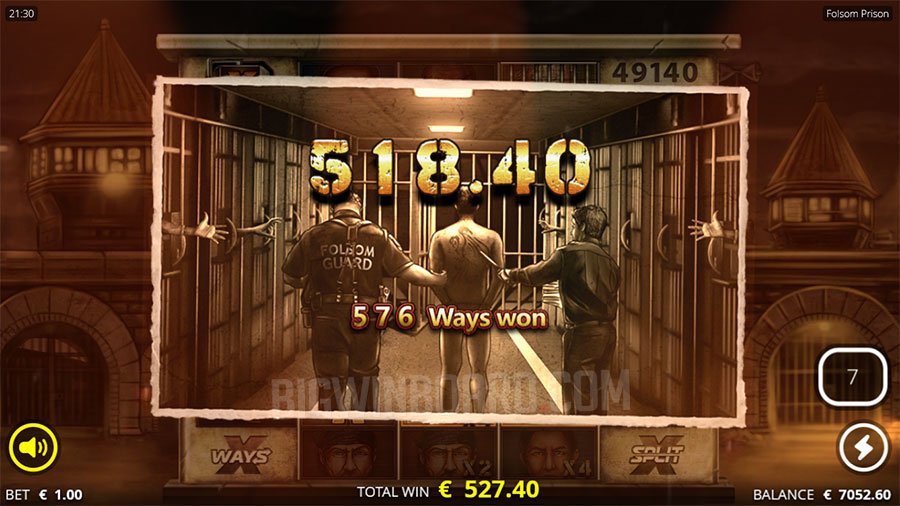 Following up on the sledgehammer San Quentin xWays was always going to be a Herculean task. Released in January 2021, San Quentin xWays was a monster of a game which set the tone for the type of year Nolimit City was shooting for. At the time, it was one of the biggest non-jackpot slots on the market with its 150,000x potential, though eventually, it was outdone by Tombstone RIP (300,000x). It’s brave of Nolimit City to even attempt a tenuous follow-up, and it must’ve been tempting to freak everyone out all over again by producing something even bigger. However, Nolimit has gone off on a different tangent. Folsom Prison remains a game full of reel trickery, symbol slicing, massive winning potential, and a heavy as shizz vibe. It just has different aims than its meaner, beefier, bigger bench pressing in the prison yard predecessor. One is delivering massive max wins at a relatively higher than you might expect frequency in between stretches of potentially tough, dry patches.

There are stories going around, tricky to verify, that one way of thriving in certain lockups is by catching cockroaches and gorging on them for protein. Thankfully, in Folsom Prison (the slot) there’s no consumption going on, but cockroaches are instrumental in creating some of the game’s better results. There’s a tremendous difference between having one roach creeping around in free spins and three. Three is when Folsom Prison really strutted its stuff, and you can see why there is such a massive price leap between the three and four scatter bonus buys. Until then, the squeezed reels can feel a little limiting, with all those bars stifling the 4×2 active panel, mirroring the theme of being locked up in a penitentiary like the real Folsom Prison.

Those bars don’t stay closed forever, though, and Folsom Prison is infested not just with Cockroaches, but the sort of reel/symbol manipulations Nolimit City is famous for. Landing special symbols to open reels is a tactic seen in slots like Remember Gulag and adds to the potentially growing nature of the gameplay. If there’s one thing Nolimit City games are good at is firing off huge single spin wins when the right symbols are in the right place, ways have been jacked, and symbols shredded just so. To achieve much of this will require getting as many cockroaches to scurry around the grid, adding multipliers as possible. Get it right, and Folsom Prison can payout up to 75,000x the bet, triggering the ‘Meet Your Maker’ sequence.

Metaphorically speaking, where San Quentin xWays was like a colossal slab of muscle cellmate, with an extensive shank collection, Folsom Prison is closer to Cameron Poe from Con Air. Unpredictable but not a full-on bad guy, really. The vibe is as grim as it gets, and the limited grid might be a bit claustrophobic, yet this is Nolimit City, so when Folsom Prison hits its stride, it’s an absolute riot, just one with a bit of a roach infestation.

Find Folsom Prison and other Nolimit City games from these casinos 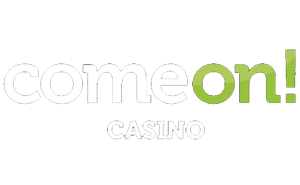 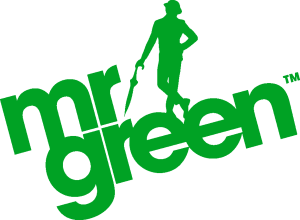 Welcome to Bonusfilter.com. We are a bunch of experienced gamers dedicated on bringing you top quality content. We are working around the clock to make you news, top promos, exclusive reviews as well as epic casino bonuses.

Join our Discord! All News →